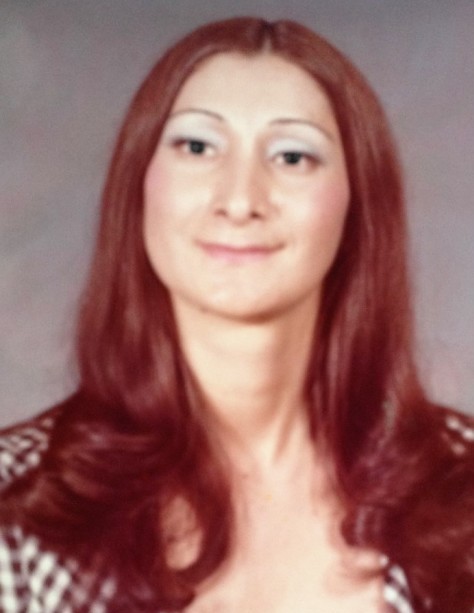 Yolanda Salazar, beloved mother, sister and aunt relinquished her earthly duties to rest to be with our Lord on January, 6, 2019 at the age of 72.
She was born in Devine TX on February 11, 1946 to Maria Hinojosa & Carlos Hernandez.  It was known that some of her fondest moments in the early childhood years was when she was a little girl stomping around bare footed in overalls at the Hernandez grandparents ranch. There was a huge tank of water for the cows, however she and her older sister took dips in it to keep cool in the hot summer days. She often spoke about how her grandmother Irene was the greatest cook! She made the most delicious tamales & many other tasty dishes and all her siblings would come to enjoy the feast. The best part was the sweet vanilla ice cream that she churned for desert! She often spoke about how amazing her mother was as she dedicated all her time to take care of all her children. She remembered that her mother was very resourceful in those hard times. She would see her draw & cut a pattern from paper bags and then sew some of her clothes by hand and her Mom quickly learned how to cook the tasty dishes that her grandmother cooked.
In her early teens the family moved to Medina county where her mother's parents lived. She talked about how she spent quality time with her grandmother Ermila rocking on a the two seater steel rocking chair that everyone enjoyed.  While they rocked her grandmother taught her how to speak the castillian castellano Spanish language. Later she learned that her grandmother was a teacher in Mexico. She attended Medina Valley High School and was very popular. She decided to try out for the Pantherette dance team & to her surprise she made it. On Friday night her cousins would unite to go dancing at the Natalia Dance Hall. Yolanda could dance to anything, meregues, cumbias & polkas.  On Saturday her parents would drive the family to the Devine Drive-in to watch a movie from the hood of her father's truck. She loved spending time with her family!
In her early twenties she moved out of state to the Washington DC area where she had the comfort of knowing that her aunts Gloria & Millie were close by and they assisted & helped her obtain a job with the National Association of Letter Carriers.  The greatest accomplishment while she was in WA DC was when she gave birth to her daughter Kimberley and she was the joy of her life!
She returned to San Antonio in the early 80's and was employed at USAA & was known to be the top sales person for many months. Years later she worked as a Prayer Warrior for Pastor Hagee at the Cornerstone Church.  She loved to hear Pastor Hagee speak and continued going to the Cornerstone church. As she grew older she became a stronger, dedicated evangelical Christian. She would hold prayer meetings at her house for relatives that popped in or friends & strangers. She became a dedicated faithful christian servant of God and donated her time & little money to many different Christian ministries. She was a generous selfless soul as she would give her last dollar to anyone in need.  Her cupboards were empty, but her house was full! She will be dearly missed by the many people that crossed her path and truly knew her. She is preceded in death by her father Carlos Hernandez Sr., mother Maria Hinojosa Hernandez and brother Roberto Hernandez.  She is survived by her daughter Kimberley Maskepoupolos, son Michael Salazar, sister Elia Dalton, Blanca Gomez, Rosalinda Walker, brothers Buddy & Carlos Hernandez, aunts, nieces, nephews and many cousins.  The family will have a memorial service at Cornerstone Church 18755 Stone Oak Parkway, San Antonio TX 78258 at 10:30 AM on Thursday, January 24, 2019 and then a reception will follow for her family and friends.

To order memorial trees or send flowers to the family in memory of Yolanda Salazar, please visit our flower store.