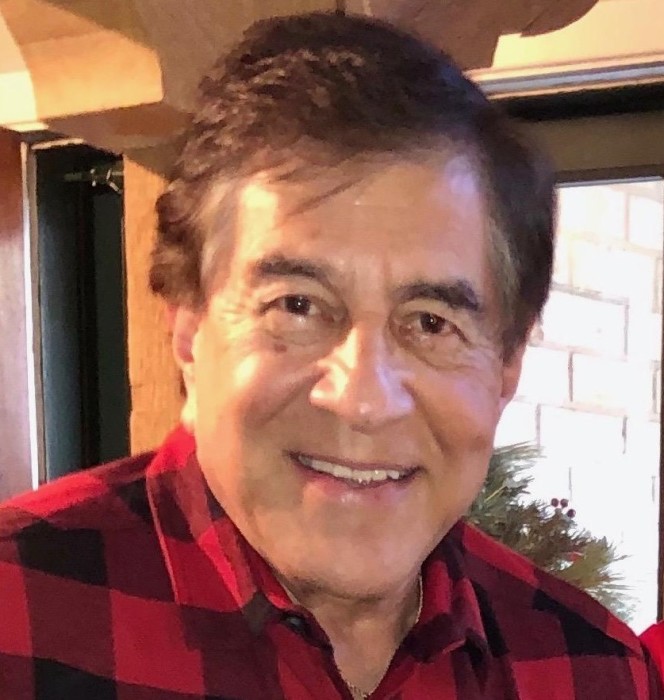 William (Will) Rodriguez Sr. succumbed to the ravages of the deadly coronavirus on April 8, 2020, at Memorial City Hospital in Lewisville, Texas, in the presence of his son, Dr. Will Rodriguez Jr. The well-known D’Hanis midwife, Doña Bruna, delivered Will at the family home in D’Hanis on March 4, 1945; Will was the seventh child of Nicolas and Santos Maria Rodriguez.

Will attended D’Hanis schools and in high school, was an outstanding student in academics and athletics, lettering in football, baseball, basketball and track. He was on the final D’Hanis High School football 6-man team that won Regional Championships in 1961 and 1962, and on the first D’Hanis High football 11-man team in the fall of 1963. Will also served as class officer for his 17-member class, graduating highest ranking boy in 1964.

Known for his punt returns in 6-man football, it was this speed and stamina which proved to be his forte.  He was part of the 440 yd. relay and mile relay teams in 1962, 1963 and 1964.  In the spring of 1964, he entered the 880 yd. run (now the 800-meter run) and won; he ran in the regional meet and won there as well, then running in the state meet and winning there, too.  Mr. Clayton”Butch” Woolls, assistant football coach, drove Will to the state track meet in Austin and called the school to inform them that Will had won his heat and would be running in the finals. In the finals, Will took first place with a record-breaking time of 1:56.6, a record that stood for years.  This was the first time any D’Hanis High School athlete had qualified and won a State Championship event.  Present at the finals were DISD Superintendent Mr. Roy Kile, Coach “Butch” Woolls, and Will’s brothers Ramon and Manuel.

Soon after, A&M head track Coach Charlie Thomas visited the family and offered Will a full track scholarship to attend Texas A&M. Will had a stellar college track career concentrating on the 880 yd. run while at A&M, taking first place in the SWC track meet. He competed in numerous collegiate track meets, among them was running against and besting Jim Ryan in the 880 yd. run in the Drake Relays. In 1968 he ran the anchor leg of the mile relay team that set an A&M record. He ended his college career with a personal best time of 1:50.3 in the 880.

While at A&M, Will was part of the Corps, graduated with a Bachelor’s Degree in 1968, and a Master’s Degree in 1970. Upon graduation he was commissioned as a 2nd Lieutenant in the US Army by General William Westmoreland, while his parents and several siblings watched this proud moment.  He served in Okinawa from 1970-1973, where Will Jr. was born in 1973. He returned home and in June 1974, separated from the Army as Captain William Rodriguez.

Residing in Lewisville while a single father, Will was a career employee with Mobil Oil Petroleum Products, traveling in the US and Mexico, before retiring in 2016. He was happily married to Deborah Keilman until cancer took her in 1987. He loved his Dallas Cowboys and was a season ticket holder for the Fightin’ Texas Aggies football games. He was also an Olympics fan attending the Olympic Games in Los Angeles (1984), Barcelona (1992), Atlanta (1996), London (2012) and Rio de Janiero (2016), usually accompanied by brothers, sisters, or friends and visiting each country while there.

He made several cross-country motorcycle trips in the US and Mexico with brothers Manuel and Daniel, and attended motorcycle rallies, including the legendary rally in Sturges, SD.  After retiring, he attended all Aggie football home games with his family Dr. Will, Dr. Stephanie, Isabel, Sage and Martha Urias.

More leisurely times at home were spent with family in his Lewisville Lake back yard, attending his granddaughters’ cheer competitions in Texas and across the US, never missing an Austin Westlakes High School football game where granddaughter Isabel is a varsity cheerleader, and of course, the Rodriguez family reunion in D’Hanis every June. He was also involved at SEC Track and Field Meets as an official for several years.  Here he connected with former teammates and competitors and other famous-named athletes.  February 29, 2020, in College Station was, sadly, the last time he was involved with SEC track meets.

Will was preceded in death by his parents, his wife, Deborah Kielman, infant brother Luis, and younger brother Eddie, as well as in-laws Rosa Lopez Rodriguez, Dan Nelson, and Richard Wagner. He is survived by his loving family Dr. Will Rodriguez, his wife Dr. Stephanie Urias Rodriguez, and granddaughters Isabel and Sage from Austin, and younger son James, from Lewisville. Surviving sisters are Tina Watson and Bob; Irene Rodriguez-Dubberly and Sam; Linda Rodriguez and Roger Wood; Carmen Pruneda and Pete; and Mary Wagner.  Brothers surviving Will include Ramon and Eloisa Rodriguez; John and Graciella Rodriguez; Hipolito (Polo) Rodriguez and Linda Cooper; Manuel and Elaine Rodriguez; Louis and Barbara Thorwegan-Rodriguez; Albert and Patricia Rodriguez; and Daniel Rodriguez and Tiffany Dale.  Additionally, Will is survived by 46 nieces and nephews, 50 great-nieces and nephews, 7 great-great nieces and nephews and numerous cousins.

Due to the coronavirus pandemic restrictions, Father Babychan offered graveside blessings at Holy Cross-San Francisco Cemetery in D’Hanis on April 14, with Will’s immediate family present.  A memorial mass and reception for family and friends will be held sometime in the future.

To order memorial trees or send flowers to the family in memory of William Rodriguez, Sr., please visit our flower store.