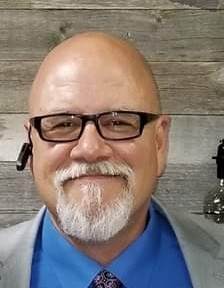 Torrey was born February 24th, 1955, in San Antonio, Texas. He spent his early years playing tennis and the saxophone and graduated from Memorial High School in 1974. He married in 1975 and gave Gloria Delao 47 wonderful years of marriage. He became a proud Girl dad in 1976 and again in 1985 to his beautiful daughters. Torrey worked for the San Antonio Express News for most of his life. He was a faithful man of God who served the church and the community. He was a Minister, Elder, and a brother and member of the Soldado De Cristo Motorcycle Ministry. He had a passion and love for music. He served as a worship leader as that was one of his callings. He loved selflessly and gave of himself completely.  He always knew just what to do or say in any situation. He was a peace maker and just loved being completely devoted to his ministry. He was one who always had some words of wisdom, a prayer, a or a witty joke to lighten the mood.  Words cannot express the beautiful person he was. He was adored by so many.

Torrey was the best husband He knew how to be, and a dad who never stopped working to give us the best life we could ask for. He was a proud patriotic republican who believed in America still. He was a fighter and stood for what he truly believed in. He was a family man who would do anything for his wife, daughters, grand babies, sisters, and brothers. He worked his whole life non-stop. He would work all night hours and then go serve with his Soldado Brothers the next morning without sleep and with no complaint. He was a giver. He gave the most to his grandchildren. He prayed for them daily and taught them things they will never forget God being the focal point. Torrey was the most loving husband and father that anyone could ask for. Again, he worked hard to provide them with the best life possible and he succeeded beyond measure!  He created a home filled with so much love.

Torrey lived and breathed for Lord while on this earth and he now dwells with Him forever. Amen!

To all who knew him, he will be deeply missed.  For his family, there is nothing to fill the void left in our hearts except the hope and promises from God that we will be with him again.

To order memorial trees or send flowers to the family in memory of Torrey Lee Delao, please visit our flower store.