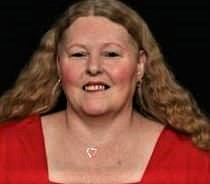 Sylvia Louise Pearsall, age 65, of Sabinal, Texas, passed away on September 30, 2021, in San Antonio, Texas. Sylvia was born in Clinton, North Carolina on August 22, 1956, to Sophia Louise and Russell Stephens.

To order memorial trees or send flowers to the family in memory of Sylvia Louise Pearsall, please visit our flower store.