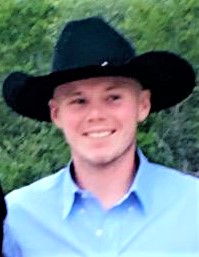 Nathan Len Brickles, of Hondo, age 25, passed away on September 7, 2019 in Hondo, Texas. Nathan was born in Las Vegas Nevada on September 4, 1994 to Richard Len Brickles and Michelle Danielle Brickles.

To order memorial trees or send flowers to the family in memory of Nathan Len Brickles, please visit our flower store.