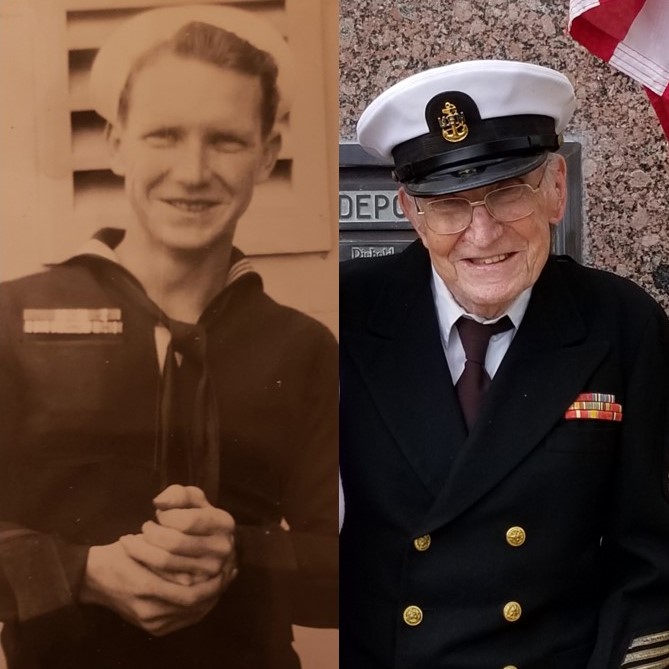 Maurice “Red” Kinsey, age 95, left this world to be with his Lord on Friday, January 14, 2021. Maurice was born to the late Clemson Kinsey and Sweety Wilkerson on July 14, 1925 in Bamberg, South Carolina.

Maurice is preceded in death by his wife, Joyce Kinsey, and three children: Lester Kinsey, Vicki Kinsey, and Nikki Ulloa.

Red was very proud to serve his country. Always a patriot, he bravely joined the United States Navy at the age of 15 and fought valiantly around the globe during World War II and the Korean War. After retiring at the rank of Chief Petty Officer in 1962, Maurice went on to work for and retire (again) from Texas Instruments, where he focused on national defense projects. After retirement, Red and his wife Joyce decided to purchase a motorhome to travel the country they loved so much. After many years on the road, health issues forced them to settle down close to family in the Hondo area. Red Kinsey was a truly wonderful human being. He loved selflessly, raised a beautiful family and will forever be remembered as the most loving husband, father, “Papa”, and friend anyone could imagine.

Cremation rites have been accorded

To order memorial trees or send flowers to the family in memory of Maurice "Red" Kinsey, please visit our flower store.