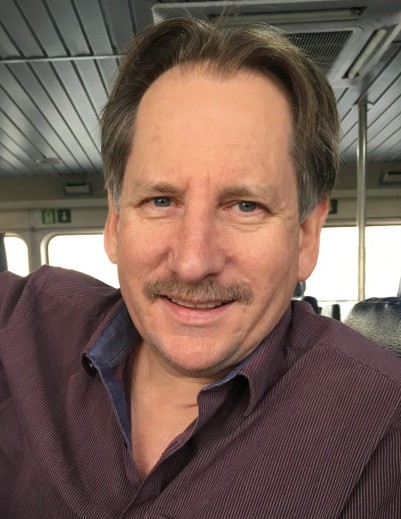 Kenneth was born Oct. 30, 1964, at Fort Sill, in Lawton, OK. His family then moved to Hondo, where Kenneth attended school until his sophomore year in high school. He spent his sophomore year in Ypers, Belgium, close to where his father, Cyril, was born and raised. He then graduated from Hondo High School in 1984, followed by graduation from St. Mary’s University, in 1989. Kenneth continued his education, receiving a Master of Education Leadership from UTSA.

On July 20, 1991, Kenneth married the love of his life, Dawn Boyle, from Castroville.

He farmed his family’s land for more than 10 years, then transitioned to the education field, where he began as an elementary teacher, which led to him and his family to begin their overseas adventure at International Schools in Kazakhstan and Kuwait.
After five years, the family moved back to Hondo where Kenneth became the assistant principal, and later the principal, of Meyer Elementary. During his 10 years at Hondo ISD, Kenneth impacted the lives of many students, parents and colleagues.

After both of his children graduated from Hondo High, Kenneth and Dawn continued their international teaching careers in Abu Dhabi, UAE.

Throughout his life, Kenneth was very passionate about family, gardening, traveling, his profession, outdoors and his dogs. All of Kenneth’s family and friends will remember him for his great sense of humor and ability to brighten every room into which he walked. The words he passed on to his children, Kolten and Melanie, were, “Live life to the fullest and look for adventure in all that you do.”

Kenneth was preceded in death by his nephew, Travis Van Damme, and grandparents.

Visitation is 5-7 p.m. next Thursday, Nov. 8, with recitation of the rosary at 7 p.m.; and funeral services will be at 5 p.m. next Friday, Nov. 9, all at St. John the Evangelist Catholic Church. A reception at the parish hall will follow.

Memorials may be made to the Kenneth Van Damme Memorial account at Hondo National Bank, to benefit Hondo ISD students.

To order memorial trees or send flowers to the family in memory of Kenneth Van Damme, please visit our flower store.