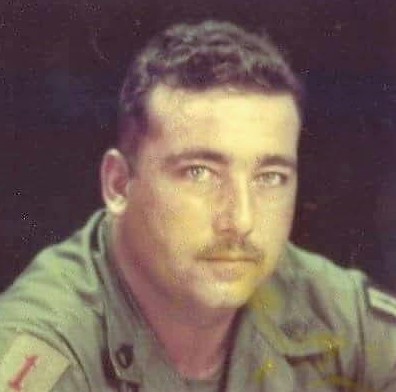 Mr. Keith William Dickman of Hondo, Texas passed away Tuesday, April 16 at the age of 76. He was born on September 3, 1942 in Atlanta, Michigan to William and Velma (Cady) Dickman. Keith was preceded in death by his son Robert Dickman of Topeka, KS and is survived by his loving wife Neva (Randall) Dickman; daughters: Deborah (Tommy) Swenson of Peabody, KS, Dawn (Larry) Engel of Herington, KS and Renee (Eugene) Marple of Hillsboro, KS; son: Keith II (Yvette) Dickman of Springfield, VA; daughter-in-law: Susan Dickman of Topeka, KS; 17 grandchildren and 20 great grandchildren.

Keith retired from the U.S. Army in 1982 as Sergeant First Class and spent two tours in Vietnam where he earned the Vietnam Service Medal with three Bronze Starts, the Vietnam Campaign Medal, the National Defense Service Medal, an Army Commendation Medal and the Vietnam Cross of Gallantry with Palm for deeds of valor or heroic conduct while in combat with the enemy. While in garrison, Keith was a certified Chef and won several awards in culinary art competitions.

After retiring from the military, Keith’s adventurous and entrepreneurial spirit lead him to attending Brown Mackie College in Saline, KS for Accounting and Finance and  owning several small businesses in and around White City, Kansas. Keith was the proprietor of the Country Kitchen Café, the White City bakery, the Husky Hangout pool hall, Dickman and Sons Trucking, and a small engines repair shop.  Keith’s final days found him and Neva living in Hondo, TX where he enjoyed cooking large holiday meals for their community and creating beautiful scrolled wood art. Keith will be dearly missed by his loving family and friends.

Cremation rites have been accorded.

To order memorial trees or send flowers to the family in memory of Keith William Dickman, please visit our flower store.