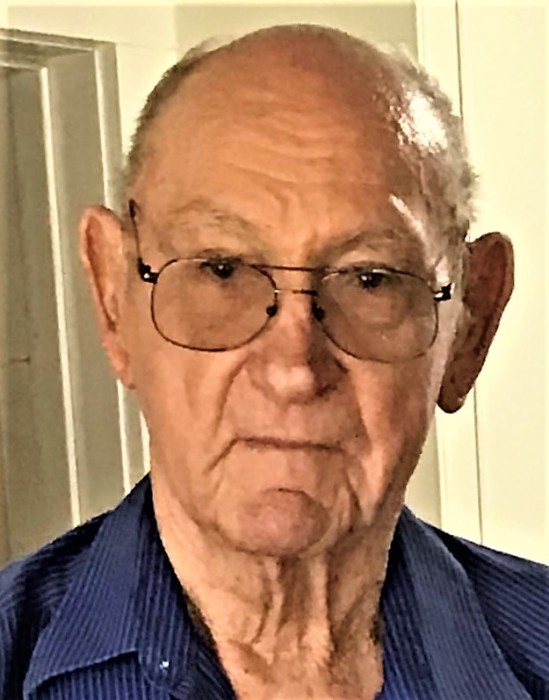 On June 2, 2019, James Wilson Gray began paving the roads to heaven for the family and friends he left on earth. Born June 16, 1935 in Lytle, Texas to William McMurrian Gray and Gladys Velma McNeil Gray. "Jimbo" had a career of 45 years with Austin Bridge where he left his mark throughout the state of Texas and then retired. After a short break, he decided to go back to work closer to home with Dean Word Construction and dedicated another 12 years of service and commitment to our travel and safety before his final retirement. He prided himself on his ability to grow to the role of Superintendent in his career with only a high school education.

On December 7, 1984 he married his beloved wife, Joyce, at their home in Hondo, Texas. They have had 34 wonderful years together, building a legacy of their joined family ties, strong memories, values and faith. They enjoyed traveling together, taking family vacations, celebrating occasions with friends, and even spending time at home with their dog Amigo.

He leaves behind his wife: Joyce A. Gray; his children: David (Linda) Gray and Linda Carol (Mark) Ayotte; and stepdaughters: Karen (Terry) Ryan and Kristy (Marvin) Ivy. In addition, he will be missed by his remaining sister: Mary Nell Hall, brother: Henry A. (Billie) Gray, and brother-in-law: William C. Bartley, as well as his 8 grandchildren, 8 great-grandchildren, multiple nieces and nephews, and many friends.

James was known by many names: Jim, Jimmy, Jimbo, Dad, Daddy, Papa, pawpaw, papi, and more. No matter what he was called, he will be missed by all who knew him. "Jim" was well known for his knowledge, confidence and selflessness; his drive to do what is right and take care of his family and friends. He left an impact with everyone he met. Rest assured that he is at peace, hunting and fishing with his brother: William Preston Gray (as they did when they were children); and enjoying family time with those that predeceased him: his parents; his siblings: Gladys Pauline Howell, Willie Dee Bartley, and Mack Olen Gray; his stepson: Stephen Lutz; and his brothers-in-law: Howard Melvin Howell and Zane Bruce Hall.

To celebrate James' 83 years on earth, Hondo Funeral Home will host a visitation in their chapel on Thursday, June 6, 2019 from 5:00 pm to 7:00 pm. In addition, a service will be held in the funeral home chapel on Friday, June 7, 2019 beginning at 10:00 am to be followed by a burial at Holy Cross Cemetery in D'Hanis.

To order memorial trees or send flowers to the family in memory of James Wilson Gray, please visit our flower store.