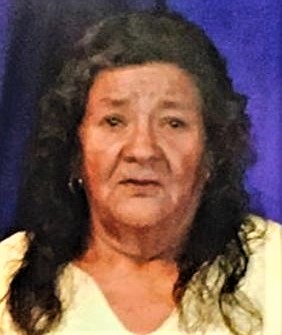 Antonia Cuellar, of Hondo, age 69, passed away on November 25, 2019 in Hondo, Texas. Antonia was born in Mexico on June 13, 1950 to Francisco Silva Renteria and Fidela Rodriguez Gomez.

Antonia is preceded in death by her father; brother: Hipolito Silva Rodriguez.

To order memorial trees or send flowers to the family in memory of Antonia Cuellar, please visit our flower store.